Skip to main navigation
All Meritor offices will be closed July 4, 2018 in observation of the holiday.
MERITORPARTSXPRESS.COM SHOPMERITOR.COM
STOCK PRICE:

During his tenure as chief executive officer, oversaw the advancement of innovation and product portfolio, strengthened the company's financial foundation and created a collaborative and diverse organization. led the execution of the company's M2016, M2019 and now, M2022 plans and has played a significant role in fostering a culture that distinguishes itself through its ability to consistently deliver on commitments while also maximizing value for its shareholders, customers and employees.

"It has been a privilege to contribute to significant growth alongside our talented employees," said . " balanced portfolio of commercial truck, industrial and aftermarket businesses is well-positioned to continue meeting the changing needs of customers around the world. With this in mind, I believe now is the right time to begin the process of handing over the reins as chairman to . prospects are extremely bright, and I could not be more thankful to all of our employees, customers, partners and communities that have helped create the of today."

said, "We are grateful for all of Jay's contributions to our operational and strategic goals. has market-leading positions in our core geographies and a clear focus on driving performance and delivering profitable growth. As the demand for energy efficiency continues to accelerate, the Board and management will remain focused on transforming the value we deliver to customers through innovation and next-generation technologies. I look forward to resuming my role as non-executive chairman and continuing to work with the board and management team to enhance value for all stakeholders."

"On behalf of employees, I want to thank Jay for his exemplary leadership and his contributions to our company as CEO and as chairman," said CEO and president . "Jay was responsible for developing and mentoring many of the leaders who are running the business today and helped lay the foundation for continued success. We wish him all the best in his next chapter, and I look forward to continuing to work with Bill as he resumes the role of chairman."

, a director since , was elected lead independent director in . Prior to that he was non-executive chairman effective . Previously, he was the lead director of board and is currently a member of the and the . He has been chairman and a director of since .

He served as executive vice president and chief administrative officer of Dick's Sporting Goods, Inc. from until his retirement in . Newlin served as chairman and CEO of from 1980 to . He is a former chairman of Kennametal Inc. and director of He is also a director of several private companies, primarily specializing in technology solutions, including Liquid X Printed Metals, and SpIntellx.

is a leading global supplier of drivetrain, mobility, braking, aftermarket and electric powertrain solutions for commercial vehicle and industrial markets. With more than a 110-year legacy of providing innovative products that offer superior performance, efficiency and reliability, the company serves commercial truck, trailer, off-highway, defense, specialty and aftermarket customers around the world. is based in , , and is made up of more than 8,600 diverse employees who apply their knowledge and skills in manufacturing facilities, engineering centers, joint ventures, distribution centers and global offices in 19 countries. common stock is traded on the under the ticker symbol MTOR. For important information, visit the company's website at www.meritor.com. 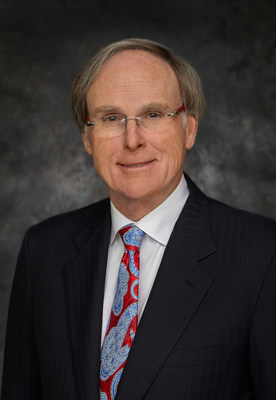